My first lessons in life originated from the confines of my grandmother’s kitchen. Thirteen years ago, I dangled my legs below a worn chair, sweltering in the boggy Mumbai weather while my grandmother carefully ground bright spices. I looked on eagerly, captivated by the measured precision that went into transforming the strange and seemingly incompatible ingredients into a cohesive dish. Her hands, although wrinkled, were as meticulous as a surgeon’s. Her memory, although fading, remembered exactly how much of each powder went into the steaming pot.

In my young eyes, she was a magician. Under her spell, vibrant red chili and green okra turned into amber soup while squishy balls of dough puffed up into firm puris. I became her shadow, following her around the kitchen under the guise of “helping” in hopes of somehow learning the sorcery myself.

Instead of pushing me away, she took me in, propping me up on a step-stool to reach the counter and having me roll out dough to make fresh naan. Over the next week, I transformed into a little cook, mastering the art of cooking rice, making yogurt, and even learning a simple dish. However, it was the stories she shared while waiting for the pakoras to fry or water to boil that stuck with me the most.

Her father was a merchant. He had died decades ago in a freak explosion near the Gateway to India, forgotten to most but forever an inspiration in her mind. Each morning, he would wake up at 5 am to prepare the cotton shipments for the day, loading his cart with densely packed bundles to sell at his small booth along the coast. Amidst the bustle of the crowd and constant bartering, he had learned how to be entrepreneurial, passing the lessons along to my grandmother so someday she could convince her husband to start something of his own. However, instead of convincing my grandfather, as the patriarchal society of India at the time would have wanted, she kept them for herself and started a small bank. Her dream was always for her children and grandchildren to create something of their own just as she had, free from the constraints of society and expectations and with a true innovator’s spirit.

“Ko'ine paṇa tamane pacho pakadava na do. Jo tame bud'dhisali ane mahenatu cho, to tame kami pana kari sakaso.” Don’t let others hold you back. If you’re smart and hardworking, you can do anything you want.

This was the lesson that stuck with me for years to come, serving as my source of inspiration as I began creating things of my own.

I adopted her maker’s spirit while I was young, replacing her turmeric and rice with my Legos and markers. As I grew, her words and dreams continued to ring true. When I began middle school robotics and was called out for being the only girl on the team, I wasn’t discouraged. Instead, I saw it as a challenge and rose to the position of head programmer on the team. When I began researching if Cyanobacteria could be used as a fuel source, I wasn’t thrown off by the absurdity of the idea. If anything, I found its unconventional nature enticing.

When I co-founded Big & Mini, her words and advice rang true again, serving as a source of inspiration for our mission. If I had gained so much from a simple kitchen conversation back when I was 6, I could only imagine what wealth of knowledge others my age could gain from weekly calls with older generations.

To this day, I call my grandmother every week with updates about how Big & Mini is doing. Although she can no longer speak, I know that sharing the platform’s stories and successes brings her joy— after all, I’m finally dipping my toes into creating something that is wholly good, a bit unconventional, and my own.

To me, Big & Mini is not a one-off chance to create something positive and temporary. It is the culmination of the stories, wisdom, and innovation that began all those years ago, while I was dangling my legs from a worn chair in the boggy Mumbai weather, watching magic unfold in my grandmother’s kitchen.

The little camera light at the top of the computer flickers green, and the video on the screen focuses to show two people, generations apart, smiling back at each other. 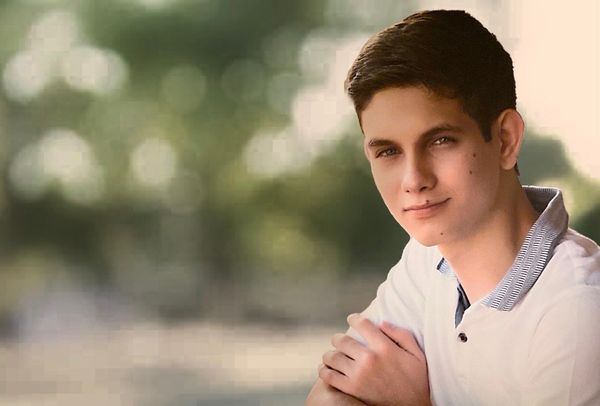 When I was first diagnosed with Celiac disease, I — like any other kid at that age — had no idea what gluten was. I didn’t know what the diagnosis meant; I just wanted to stop having stomach pain.